A Storm of Swords

The third installment in George R. R. Martin’s ‘A Song of Ice and Fire’ saga is available as a two-volume Folio collector’s edition. A Storm of Swords is illustrated by award-winning artist Jonathan Burton.

‘Characters so venomous they could eat the Borgias’

The bloodiest, boldest and most addictive saga in fantasy continues with A Storm of Swords, the third volume in the ground-breaking ‘A Song of Ice and Fire’ series. Taking the world by storm, George R. R. Martin’s fantasy epic has won millions of fans worldwide, and these Folio editions – described by the author as ‘masterpieces of the bookmaker’ art’ – are packed full of details that devoted readers will find irresistible. Featuring exquisite illustrations by series artist Jonathan Burton, updated genealogies, a pair of bindings blocked in red and gold foils and specially designed chapter headings, this edition of A Storm of Swords exemplifies everything that makes a Folio edition so coveted. 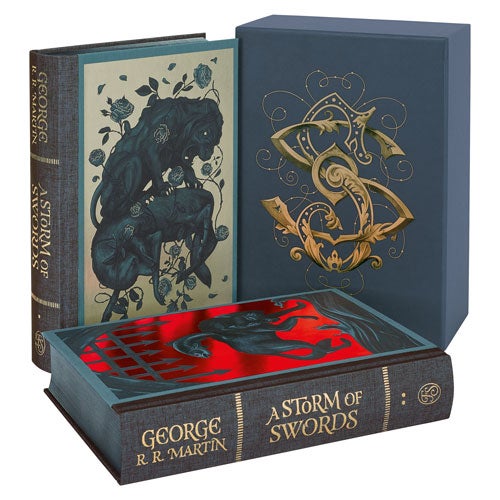 Steel and snow, blood and gold

The War of the Five Kings has ushered in a new age of unrest and violence to the seven kingdoms. Jon Snow is deep in Wildling territory and has discovered that they intend to throw down the Wall once and for all – yet their motives may be more complex than he anticipated. Arya is loose in a war-stricken land filled with dangerous men, and must think on her feet to keep her throat from being cut. Robb Stark, newly crowned King in the North, needs to build new alliances, and quick, but in Westeros, blood runs truer than oaths. Can a hastily arranged marriage secure an alliance with the Freys? The twin spectres of revenge and betrayal stalk Ned Stark’s heirs, and no one will escape unscathed.

‘I wish I had enough poison for you all. You make me sorry that I am not the monster you would have me be, yet there it is. I am innocent, but I will get no justice here. You leave me no choice but to appeal to the gods. I demand trial by battle.’

A king’s ransom of unique details

A Storm of Swords contains a number of the grisly surprises that George R. R. Martin is rightly celebrated for. Jonathan Burton’s sensitive and skilled handling of such a huge cast of characters gives these shocking twists an even greater weight, and this kind of attention to detail can be seen across the entire production of this very special Folio edition. The interior of the slipcase features an image of King Joffrey, leering from the Iron Throne, while the binding designs use the imagery of the warring houses to spectacular effect. The Lannister Lion stands triumphant over a cowed wolf on volume one, while volume two sees the Stark wolf and Tully trout united as danger closes in. 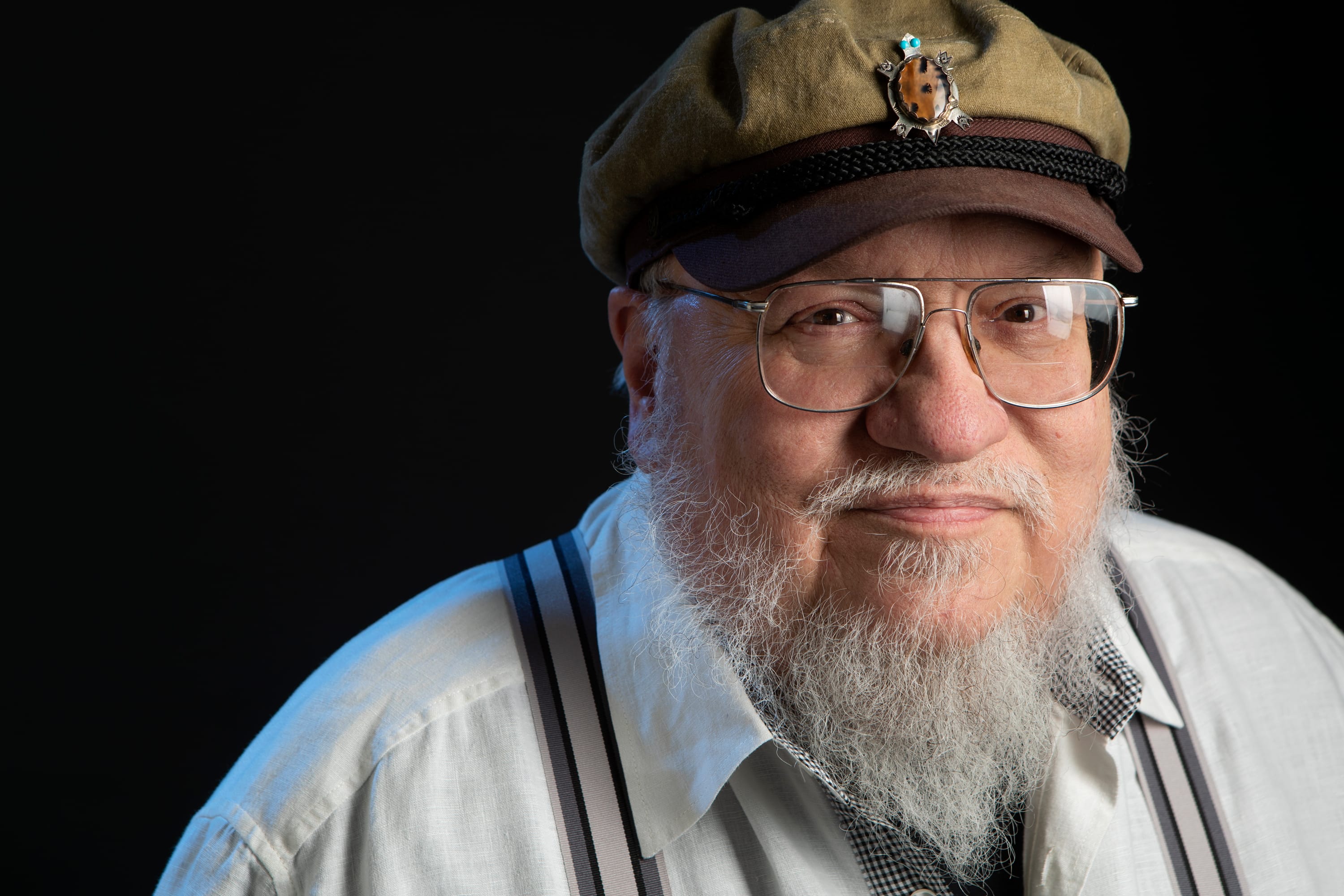 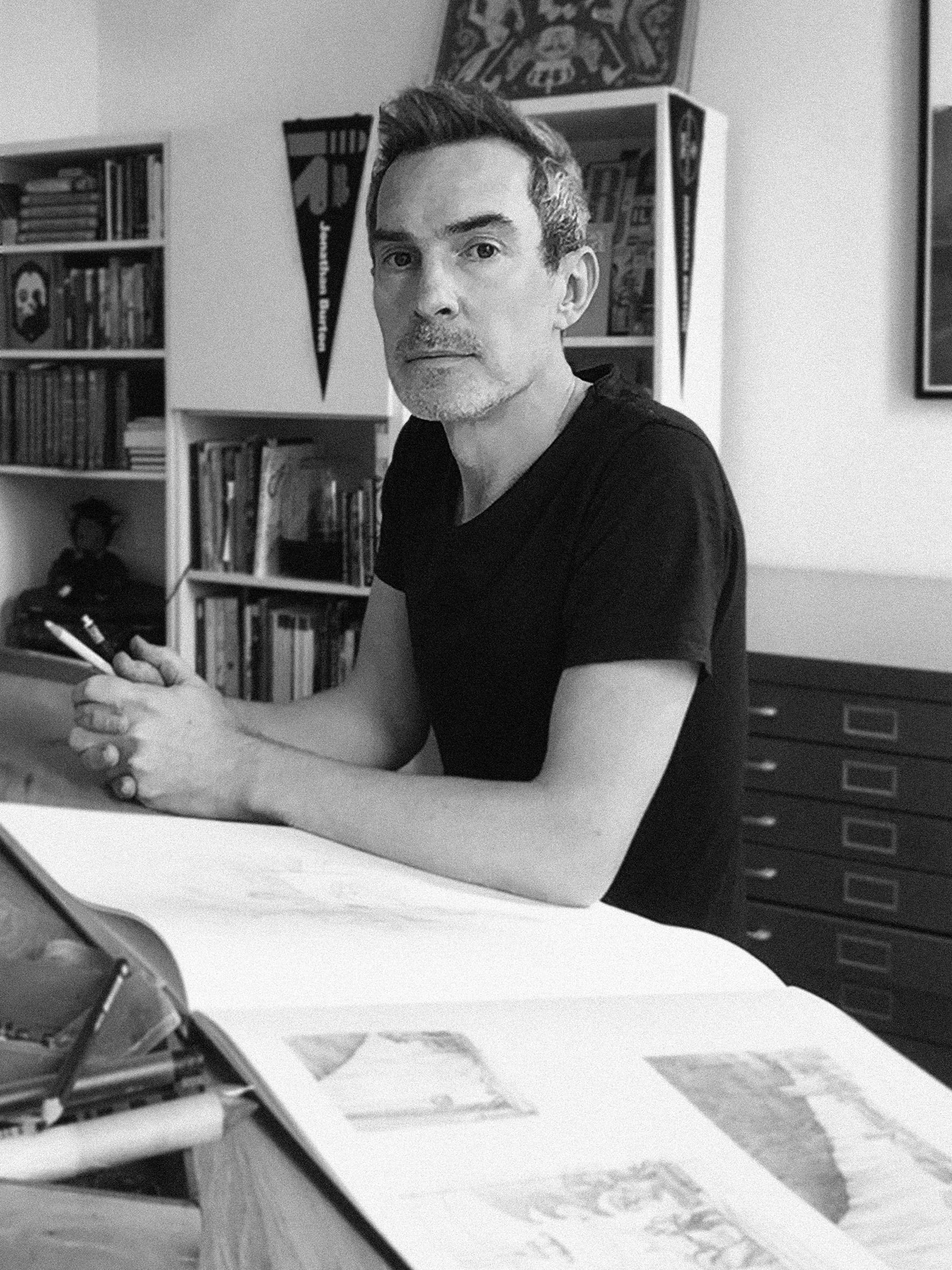