Tom Phillips, born in 1937 in London, was one of the greatest polymaths that England has produced — equally renowned as an artist, poet, photographer and composer. He had a long association with the work of Laurence Sterne and illustrated the Folio Society limited edition of The Life and Opinions of Tristram Shandy (2020). Having worked in portraiture, and as a broadcaster and public speaker, Phillips focused on illustration and showed great skill in interpreting complex texts and testing the limits of what a book can do. Most recently, Phillips illustrated the Folio society limited edition of The Waste Land (2022). 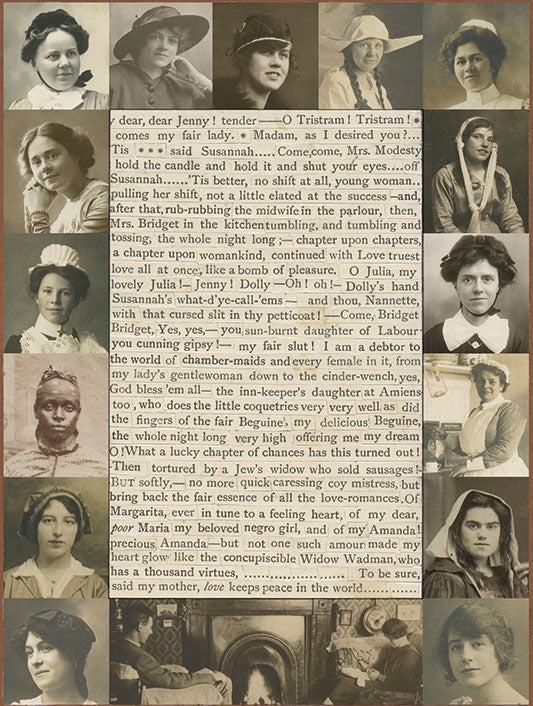