Our April limited edition, London and New York, consists of reproductions of rare photography by Alvin Langdon Coburn:  a genius who destroyed most of his glass and film negatives later in his life.   Alvin Langdon Coburn (1882–1966) was given his first camera at just 8 years old. A perfectionist, an innate craftsman and a compulsive innovator, he mastered with extraordinary facility the complexities of the different types of print-making and held his first one-man shows in New York in 1903 and at London’s Royal Photographic Society in 1906. Aged only 24, he was described by George Bernard Shaw as ‘the greatest photographer in the world’. [caption id="attachment_7752" align="aligncenter" width="750"] 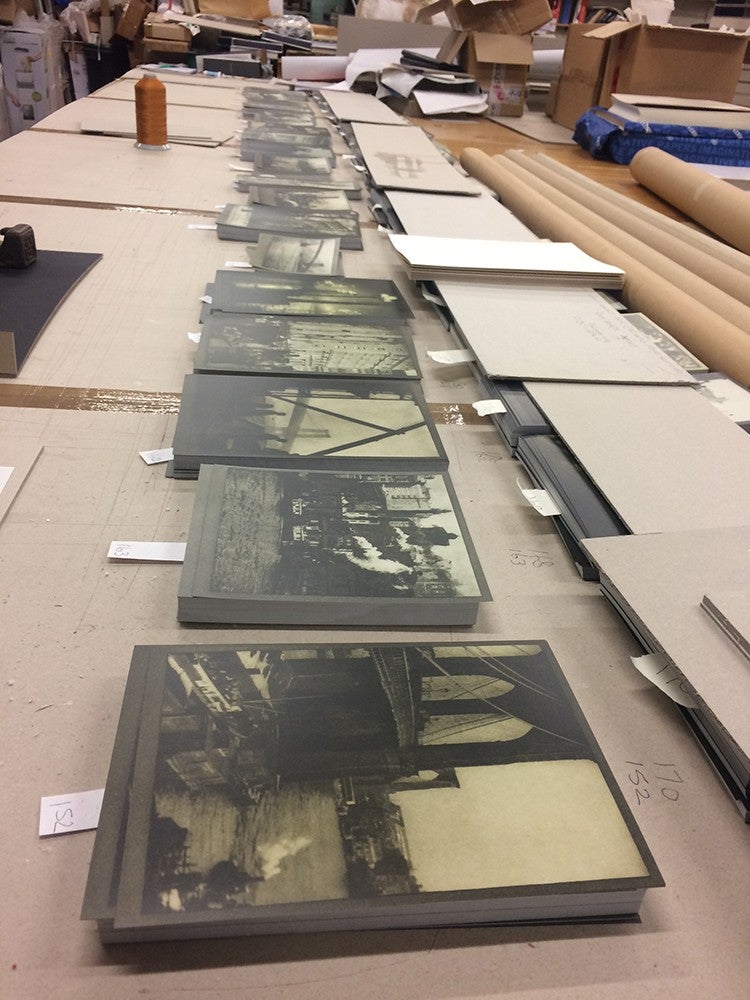 The photogravures for London & New York, laid out at the binders Smith Settle in Yorkshire, UK[/caption] Having taken the photographic world by storm, he then proceeded to bemuse it by a radical shift, producing the world’s first abstract photographs, his ‘vortographs’, in 1916–17. By this time, however, he had become increasingly involved with freemasonry and passionately devoted to synthetic philosophy, religion and mysticism. [caption id="attachment_7754" align="aligncenter" width="750"] 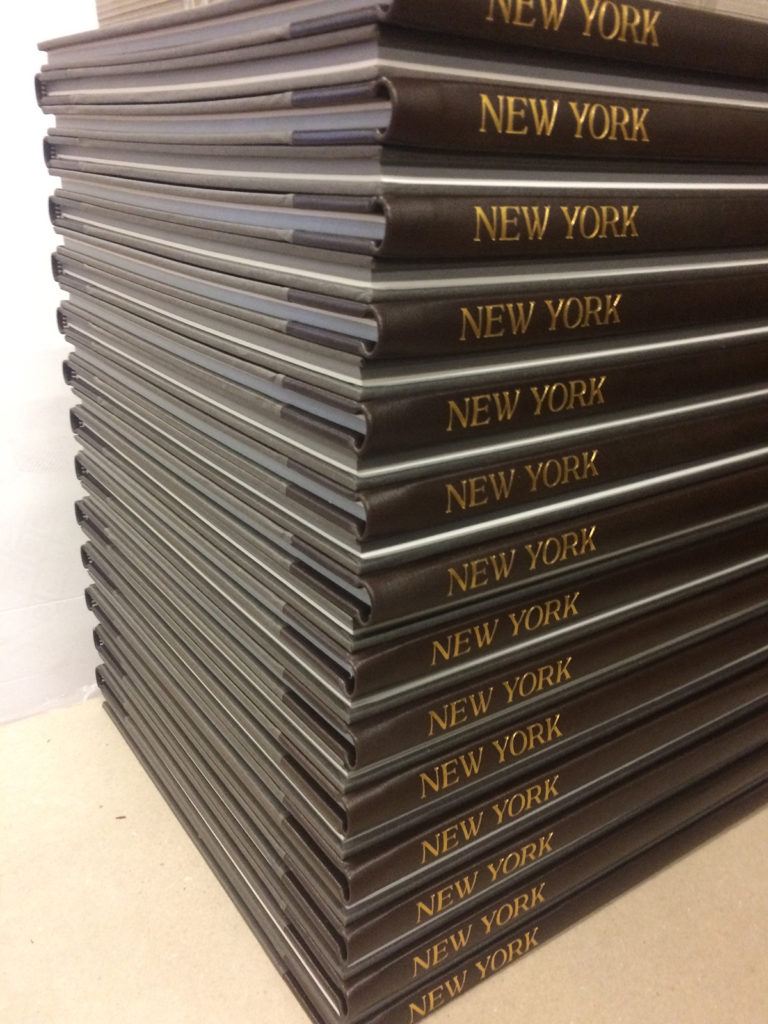 Limited editions of London & New York, stacked at the binders Smith Settle in Yorkshire, UK[/caption] Having largely abandoned photography and moved to the seclusion of North Wales he joined the Universal Order, a comparative religious group that grew out of the Order of Ancient Wisdom, and who organised public lectures under the name Hermetic Truth Society. In 1927 Coburn was made an honorary Ovate of the Welsh Gorsedd, or Council of Druids, and took the name ‘Maby-y-Trioedd’ (Son of the Triads).

His masterpieces, London (1909) and New York (1910), are published by Folio in facsimile for the very first time. Find out more and order London & New York.