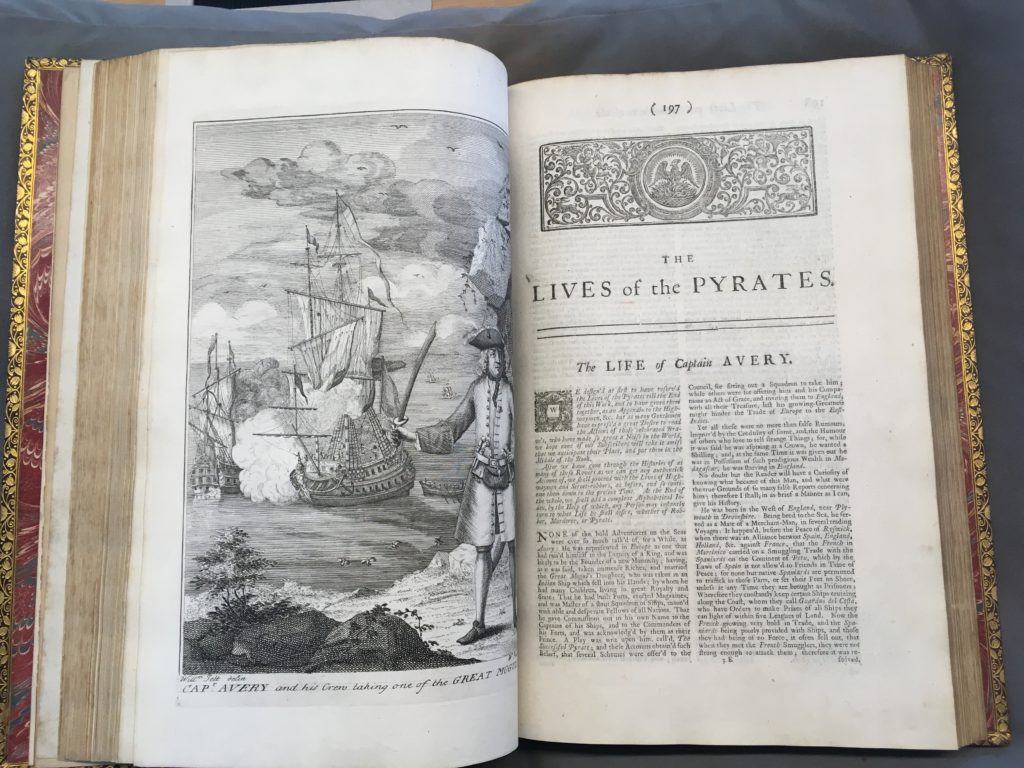 Captain Avery in the 1736 edition[/caption] The original publication by Captain Charles Johnson was an instant success in 1724 and a second edition followed within months; this was followed by a third edition in 1725, an enlarged two-volume edition in 1728 and a further expanded edition in 1734. All of these editions were illustrated with engravings that are famous today, such as the iconic image of Blackbeard with lit fuses beneath his hat (also included in our edition), but only a few of the pirates featured in the book were illustrated in this way. Luckily between these official editions also appeared a seemingly plagiarised version printed in 1729, which came with a new set of woodcut illustrations. This edition was printed by Edward Midwinter (who also printed a pirated copy of Robinson Crusoe). Unlike the engravings from the official editions, the woodcuts from the 1729 edition have not been widely reproduced so we were pleased to include several within the Folio edition, including its striking frontispiece depicting Lady Justice and a piratical sea battle. Some pirates, such as Captain Roche, proved more difficult to illustrate than others. However, we managed to find an image of the violent Roche in Knap & Baldwinn’s Newgate Calendar, a collection of stories about criminals from the notorious Newgate prison, where Roche was eventually executed in 1723 after returning to London to claim money in an insurance scam. [caption id="attachment_6673" align="aligncenter" width="565"] 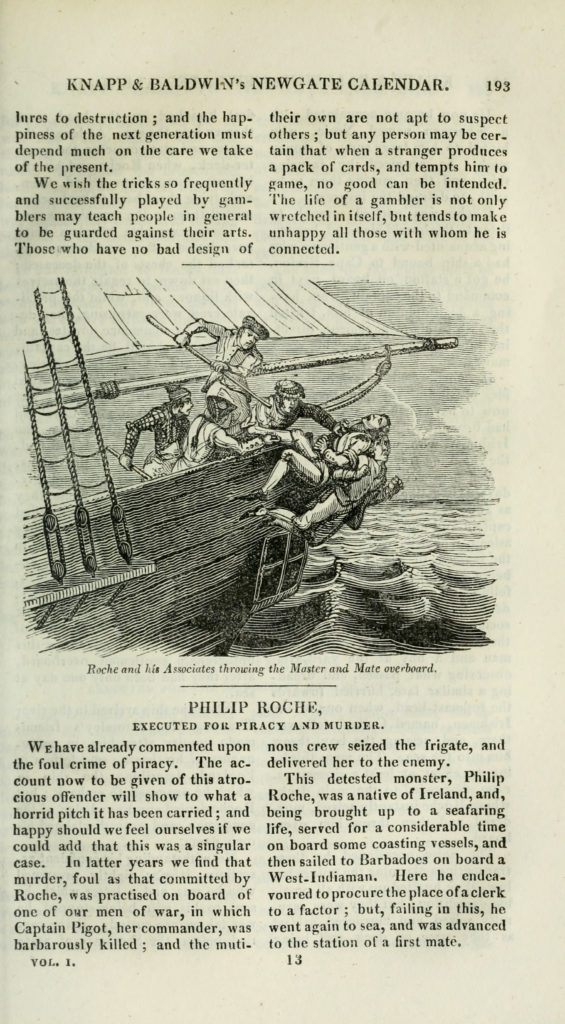 Roche and his associates throwing the Master and Mate overboard
from Knap & Baldwinn’s Newgate Calendar, 1780[/caption] Other key sources include The Pirate’s Own Book by Charles Elms (printed in 1844) and Historie der Engelsche Zee-Rovers (1725). Also included in our edition is a reproduction of the 1722 official death sentence against 15 crew members of Captain Bartholomew Roberts in Cape Coast Castle, found in The National Archives. [caption id="attachment_6671" align="aligncenter" width="700"] 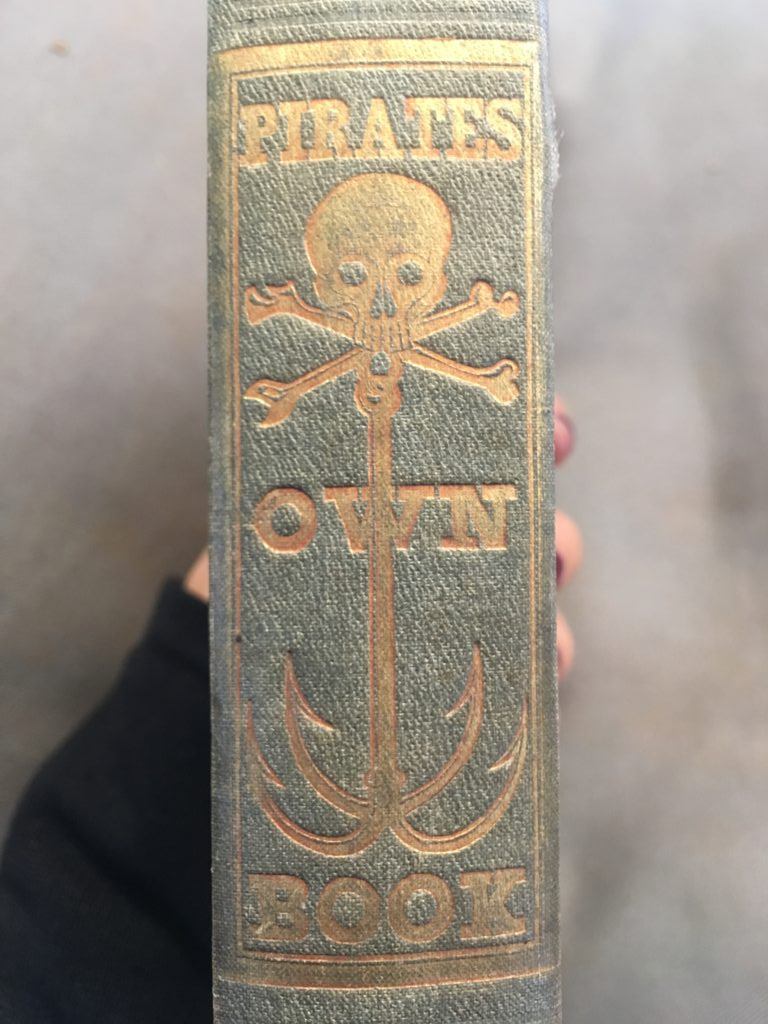 The spine of the first edition of The Pirate’s Own Book by Charles Elms, 1844[/caption] Find out more and order the Folio edition of A General History of the Robberies & Murders of the Most Notorious Pirates.