Derrick Harris was a remarkable wood engraver and illustrator, with his wood engravings being particular captivating. The Folio Society commissioned him to illustrate three titles in the past - The History of the Adventures of Joseph Andrews and his friend Mr Abraham Adams and The History of Tom Jones, both by Henry Fielding, and The Expedition of Humphry Clinker by Tobias Smollett. We recently decided to bring Humphry Clinker back into print together with Derrick's charming illustrations. The excerpt below about his life, by fellow Folio wood engraver Simon Brett, is abridged from an original text in Mr Derrick Harris, published by Fleece Press, 1999. Our thanks to the Estate of Derrick Harris, Simon Brett and to Fleece Press for kindly allowing us to reproduce it here. Thanks also to the Estate of Derrick Harris (www.derrick-harris.com) for the images reproduced here (images © The Estate of Derrick Harris). Sheri Gee, Art Director [caption id="attachment_6662" align="aligncenter" width="700"] 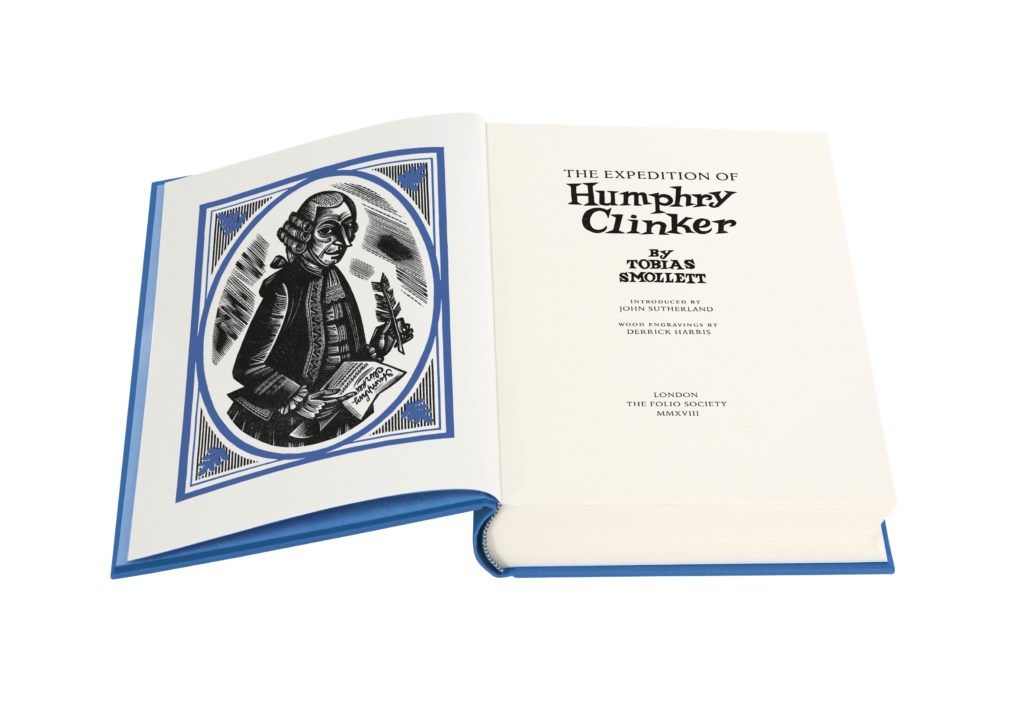 The opening pages of The Expedition of Humphry Clinker, The Folio Society 2018[/caption] Derrick Harris was born on 19 November 1919 in Chislehurst, the second of four brothers, the son of an architect and grandson of an entrepreneurial builder who had built most of Herne Hill and Brixton in South East London. The family moved to Angmering near Worthing, Sussex, because of his father’s tuberculosis, of which he died in 1935. Sadly while attending Worthing School of Art Derrick's mother developed cancer; Derrick was devoted to her and nursed her until her death in May 1939. After her death he moved to London to study at the Central School of Art, where he learnt wood engraving in the School of Book Production, Printing and Publicity under John Farleigh. At the outbreak of war, he was twenty and clear and courageous enough about his ideas to register as a conscientious objector. He was assigned to the Heavy Rescue Depot in Berkeley Square, London, from where he was able to continue his studies. At the end of the war, between the end of hostilities and demobilisation, he opted for hospital portering at University College Hospital (UCH) and by working the night shift he was able return to Central School of Art by day. During the autumn of 1945 he attracted the attention of staff nurse Mavis Flood. The courtship was slow but a relationship developed, and the couple married in June 1946 on the £100 Derrick was paid for his first book illustrations for Teatime Stories. They lived in Belsize Park on £3.19s.6d. a week, cooked on two gas rings, and their Japanese landlady, seeing how poor they were, lowered the rent. They dreamed of a country cottage and, as in a fairy tale, it appeared. Hunt Cottage in The Vale of Health, Hampstead, is as close to a country cottage as you could find in London. A small Regency dwelling with a pretty porch and a balcony of wooden trellis, it had formerly been Rose Cottage, the home of the poet and writer Leigh Hunt, where Keats, Shelly and Byron had met. It was run down but available to let. With a small legacy Derrick and Mavis bought a little furniture and moved in in September 1947, and under their hands it was transformed. When Derrick later became the subject of magazine articles in the 1950’s, they invariably began with an evocation of the idyllic cottage created by Derrick and Mavis Harris. [caption id="attachment_6645" align="aligncenter" width="500"] 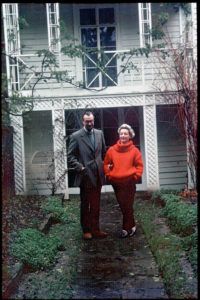 Derrick and Mavis leaving Hunt Cottage, Hampstead, London, November 1958, photograph by Gerti Deutsch[/caption] The cottage was the adored matrix of two hard working and increasingly successful lives. Derrick spent his adult life as an illustrator and combined the longer-term work on occasional books with the day-to-day commercial work, which paid the bills. Derrick worked for the BBC Radio Times, which he loved. He was given complete freedom in his commissions and he completed at least a hundred regular jobs for the magazine, as well as the artwork for five pull-out quarterly supplements on the Third Programme and full-page covers for The Listener magazine. There were also booklets for BBC Education, Time and Tune and Singing Together that thousands of children must have used. He was known as ‘Radio Times Harris’. He was always a technically versatile illustrator working in wood engraving, lino, line drawing, tone or full colour gouache. A children’s book, Royal Flush, remains unpublished from his student or early professional days, as the cost of full colour reproduction was prohibitive. [caption id="attachment_6649" align="aligncenter" width="678"] 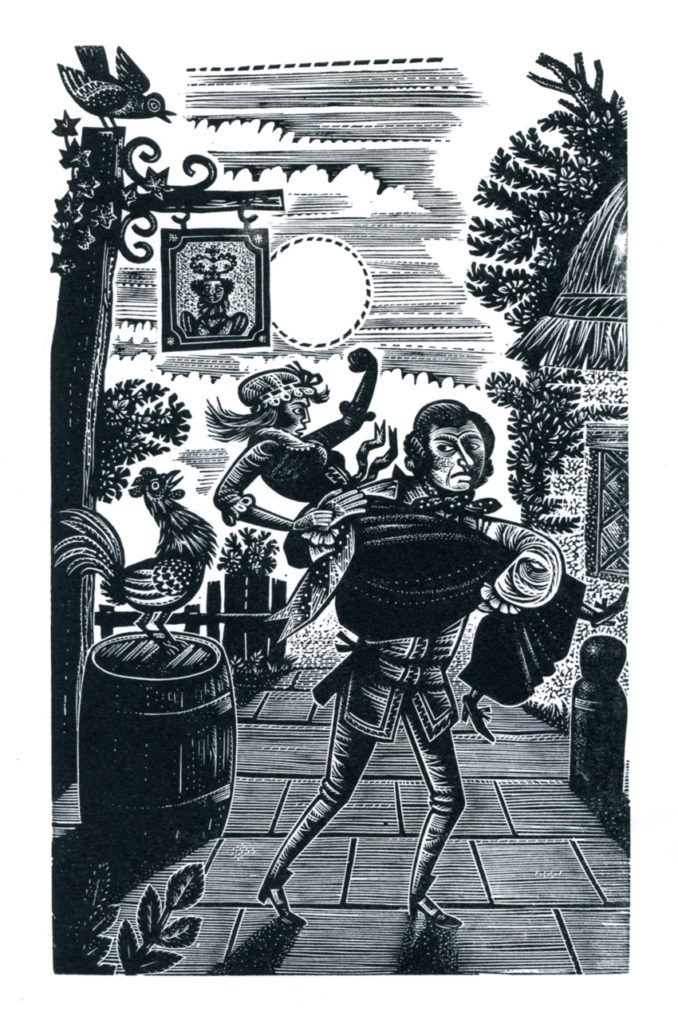 Joseph Andrews, Henry Fielding, The Folio Society 1953. Wood engraving, 16.3 x 10 cm, Central Saint Martins Museum & Study Collection, London[/caption] His style was at once utterly individual, somewhere between Edward Bawden and Rowland Emmett, and very much of its time; and it is through this popular work, sometimes engraved, sometimes drawn or painted, that he contributed to defining the look of the 1950s. Derrick’s were the only wood engravings in the 1951 Festival of Britain, blown up as a mural illustrating ‘The Modern Duck’ and ‘The Modern Hen’ in the Country Pavilion. But the highlights of this period were the images created for the Ceylon Tea Centre in Lower Regent Street from 1952-53, for whom he also designed exhibition material and an engraved glass screen. He also created a series of wonderful nursery rhyme advertisements for Air India (1957-58). Britain in the 1950’s was the country that playwright John Osborne’s Jimmy Porter railed against, still labouring under the uncertainties and repressed tensions of the war, continuing shortages and the need to rebuild; slow to find its way towards a more open society. At its simple level Derrick’s lively imagery was on the side of the angels in all this, spreading a little joy. Derrick’s wood engraving in particular was devoted to celebration; Christmas cards, invitations and celebrations of events in his own life and those of his friends were not small or minor works but include many of his richest and most substantial images. Such was his life for little over a decade. He also worked for the trade press and in-house publications, painted advertisements for ICI, booklets for the Monotype Corporation, The Richardson Printing Ink Co., The Folio Society, Shell Oil, The National Federation of Women's Institutes, Double Crown Club, John Roberts Press, covers for Yardley News (the cosmetics firm), the British Nylon Spinners’ Magazine, and many more. 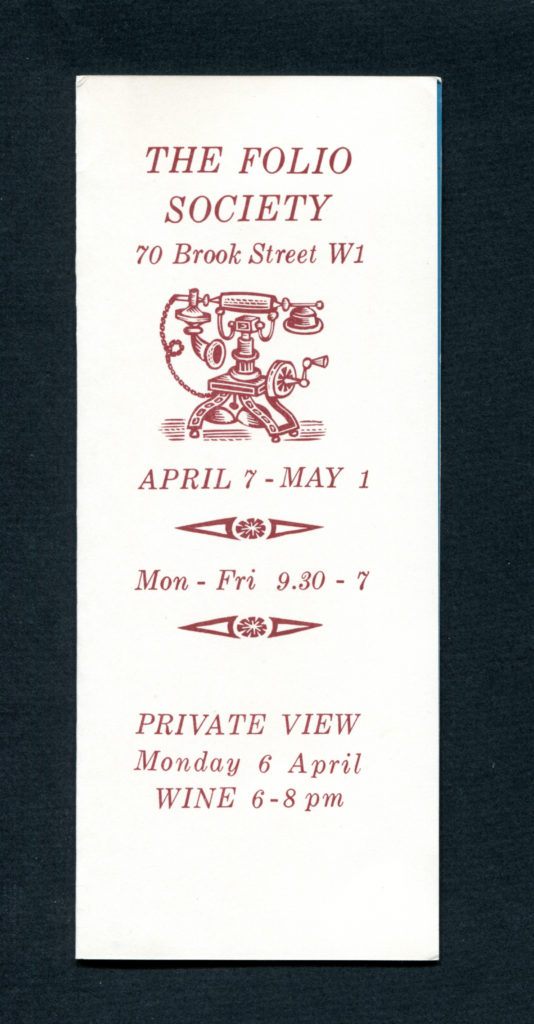 During this time he also taught at Kingston, Reigate and Hornsey Schools of Art. He brought the day-to-day experience of the illustrator’s life to the students (as was policy then), and helped some of them onto the first steps of the professional ladder. Although Derrick regarded his four major book commissions as milestones - Tom Jones, Humphry Clinker and Joseph Andrews for The Folio Society, and Euphormio’s Satyricon for the Golden Cockerel Press - they should not necessarily be seen as more important than the great and joyous body of his ephemera. His legacy is hard to bring into focus because, in its considerable range, so much was ephemeral, yet it was the ephemeral work that contributed to the look and feel of the period as far as graphic art was concerned. [caption id="attachment_6650" align="aligncenter" width="701"] 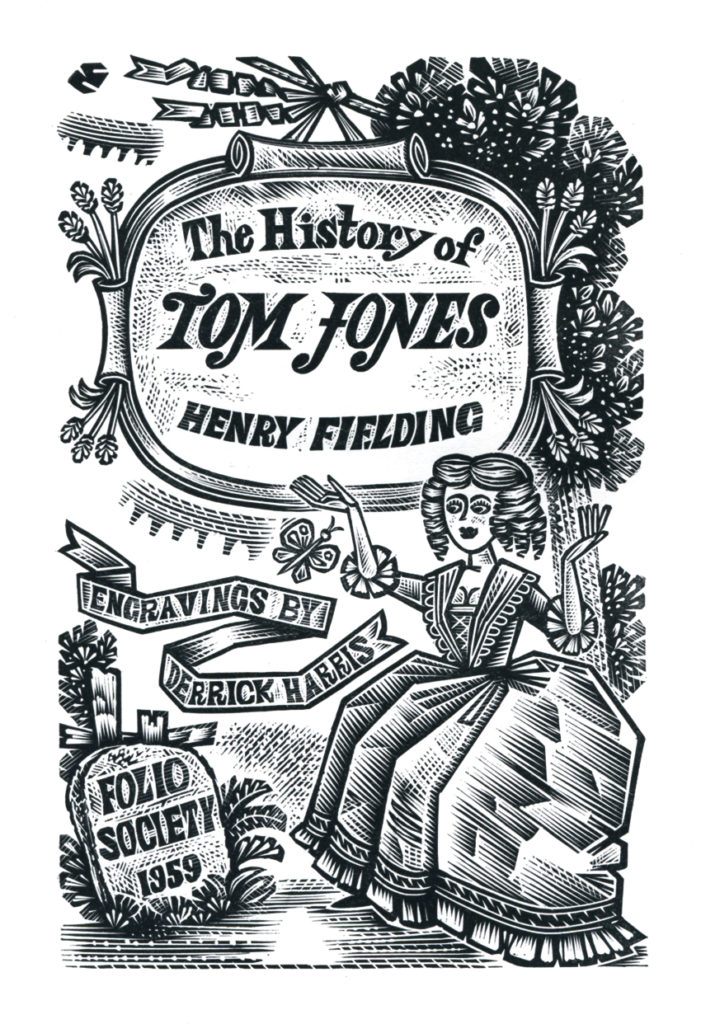 Tom Jones, Henry Fielding, The Folio Society 1959. Wood engraving, 16.3 x 11.2 cm[/caption] In 1957 as Chairman of the Illustrators Group of the Society of Industrial Artists, Derrick conceived and organised an exhibition entitled British Book Illustration. The exhibition opened at The Folio Society in London and was then toured throughout Great Britain by the Arts Council. 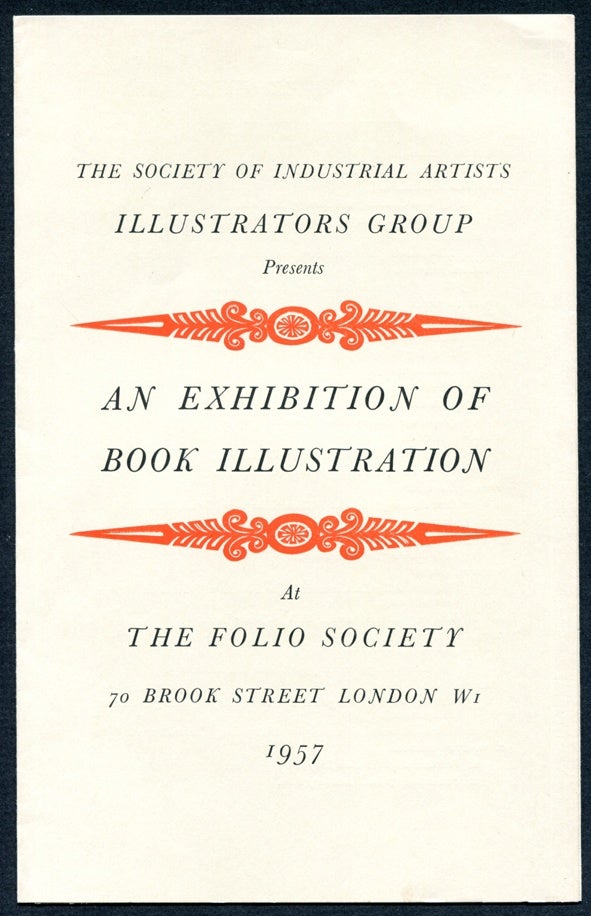 Late in 1958, and quite out of the blue, the owner of Leigh Hunt’s cottage where Derrick and Mavis had lived so happily for eleven years became terminally ill and wanted to come home to die. The cottage, which had contained eleven years of love and work and friendship, together with the restoration into which they had poured so much shared effort and enthusiasm, vanished as suddenly as it had appeared. Friends urged him to consult a solicitor who said that in such a case he had to forget he was a gentleman, but Derrick insisted that the request be complied with without question. Within ten days he and Mavis had cleared out and were staying with friends. There was nothing for it but to leave the flotsam of their lives and take the British Book Illustration exhibition as planned to New York. [caption id="attachment_6653" align="aligncenter" width="534"] 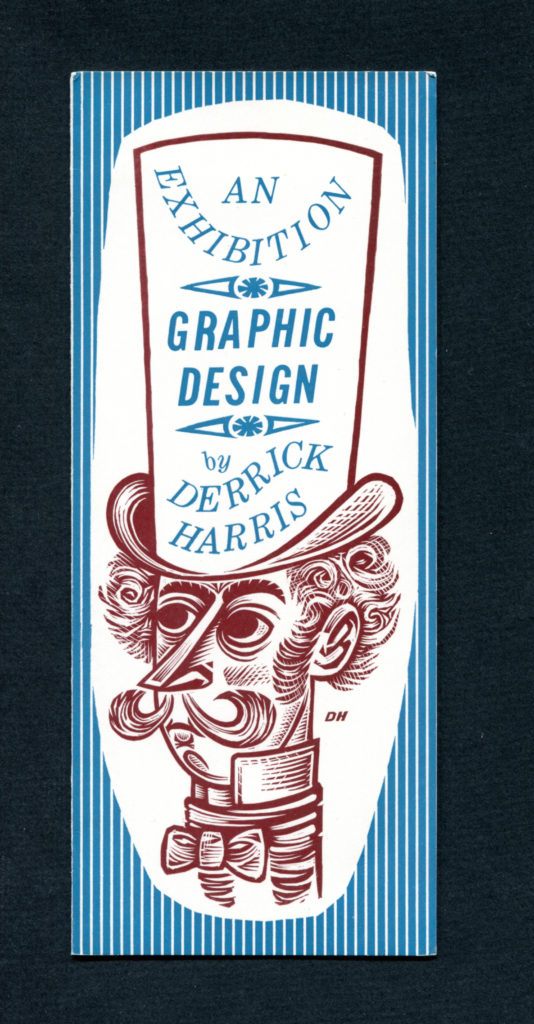 An Exhibition of Graphic Design by Derrick Harris, Folio Society Exhibition 1959. Wood engraving, 19.3 x 8.3 cm[/caption] The show was hosted by The American Institute of Graphic Arts and was a great success. Derrick and Mavis were welcomed and fêted; they met Joseph Lowe, Antonio Frasconi, Joseph Blumenthal, Tony Palladino and Ben Shahn. He obtained a commission from the Peter Pauper Press to illustrate Balzac’s Epigrams on Men, Women and Love and was pressed to work and stay in America. He was unable to accept the invitation; he had to return to London for his exhibition at The Folio Society to coincide with the publication of Tom Jones. 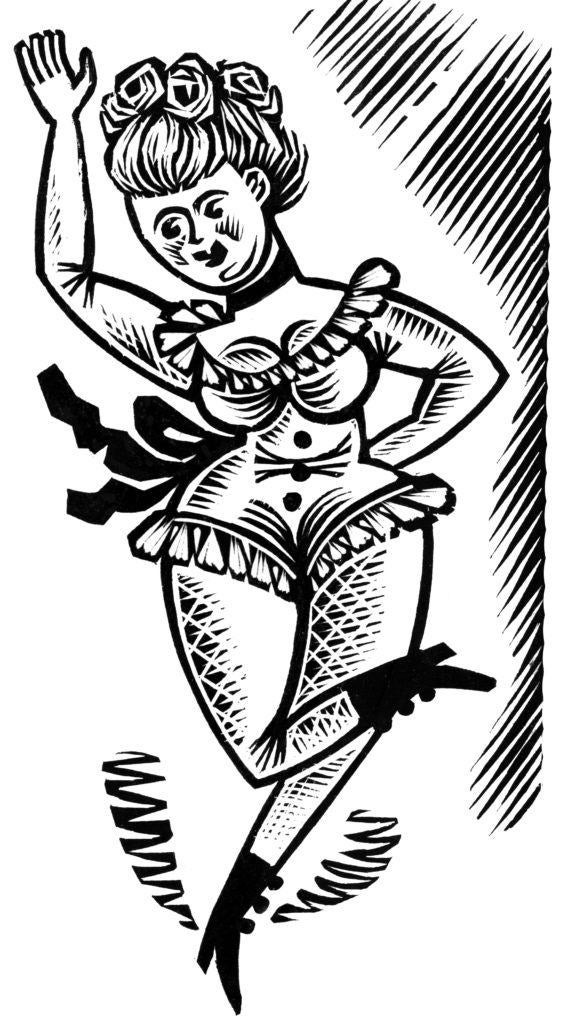 For Derrick however, it had been a period of mounting depression, and having to leave his home was a terrible blow. He dragged himself through his work and teaching. Just before Christmas 1959 while Mavis was on a visit to her parents, he made a attempt on his life, discovered only through a note supposedly left to deter the cleaning lady. He promised never to try it again and saw a doctor. Sadly however, on Thursday, January 20th 1960 he lost his battle against depression and this time he succeeded. No one knew at the time why he had killed himself. Because no one knew why, there could be no catharsis, no celebration or ‘placing’ of his life and work; there was no retrospective exhibition and no defining catalogue; and he therefore dropped out of history. It was not until years later that the unresolved secret of Derrick’s bisexuality was revealed – both this and the loss of Hunt Cottage were almost certainly contributing factors to his death In the history of wood engraving as we have it, Derrick Harris is indeed the missing link between Eric Ravillious in one generation and John Lawrence and David Gentleman two generations later – major artists who have brought fun and vivacity to their medium. While the delightfulness of his work is self-evident, its integrity and individuality are qualities which reveal themselves upon closer examination. Derrick was dedicated to spreading happiness. There is hardly an artist whose vision is more unclouded, while as a man it is always his gentleness and kindness that are recalled. He was – quite simply – inimitable. There is no one like him; no one who put such a crisp and graphic signature upon everything he touched. 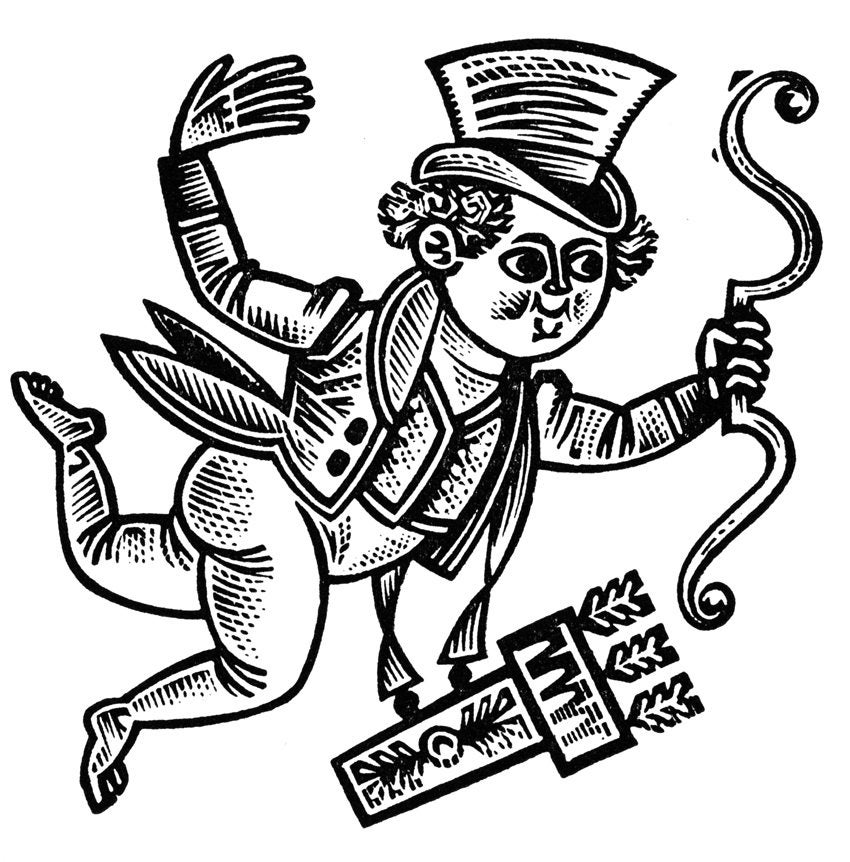 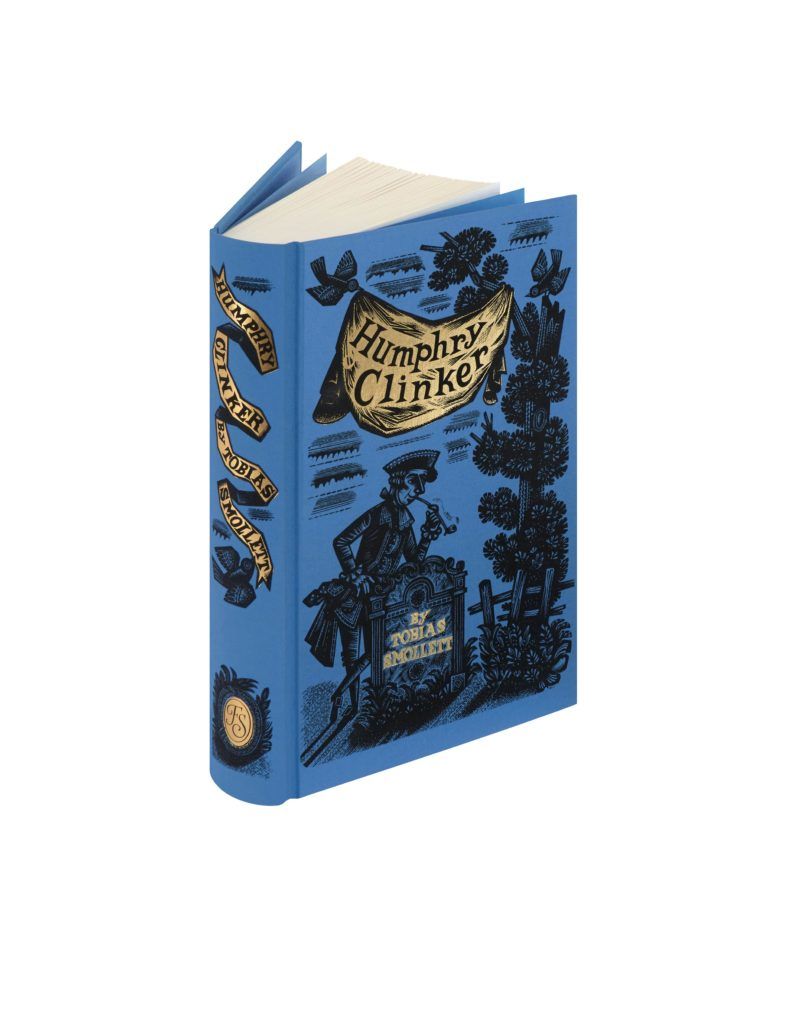