Part of preparing our edition of Sappho’s poetry involved engaging two separate proofreaders, both of whom were competent readers of Ancient Greek, to check both the Greek text and the English translation. Philip Riley was one of the two proofreaders, and he was cheered to revisit the verse for the first time in years. Here, he discusses the intricacies of Sappho’s text and Anne Carson’s stripped-back translation. Sophie Lewis, Fiction Editor 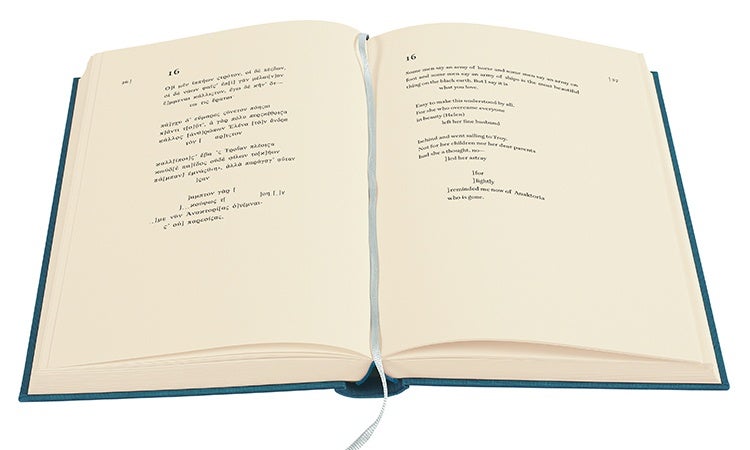 When Folio’s fiction editor, Sophie Lewis, asked me to proofread Anne Carson’s translation of the complete Sappho, If Not, Winter: Fragments of Sappho, in her bilingual edition with facing-page Greek text, I was very happy to agree. The last time I read Sappho in Greek was at school, when, as light relief from Thucydides, Sophocles et al, we were let loose on the more obscure sections of The Oxford Book of Greek Verse - even under such circumstances I remember being struck by the quality of her verse. However, I did have a few qualms about Folio’s strict instructions on the placing of the texts on facing pages, and wondered how this would work out. (In fact, I was able to leave that problem to my opposite number, the other proofreader who was looking at the original American edition.) As it turned out, there were other hurdles to be surmounted with respect to the Greek text. What, for instance, was the significance of the half-height brackets round one or two passages? Why was half a line in one poem in scriptio continua, with several words apparently run into one? Why were there three distinct versions of the apostrophe that indicates a missing letter? This required careful consultation with the typesetter to understand the nature and extent of the error, and then meticulous red-pen corrections throughout the text.

But above all, why were there no ‘rough breathing’ signs – the symbol indicating an h sound at the beginning of a word? Of course, people who read Ancient Greek are rare these days, but there are likely to be a higher proportion of them than usual among the purchasers of this edition. To anyone who can read Greek at all, the effect of the lack of an h sound in Sappho’s dialect would be the equivalent of an English text with ome, ouse, and, etc. replacing home, house, hand, which I thought would surely raise an eyebrow or two. This last query had to be referred to Carson, from whom I learned that Sappho’s archaic and dialectal Greek lacked the h sound altogether. I must record my thanks to Sophie for dealing patiently and carefully with my stream of queries; and I hope our joint efforts have produced an edition that will give great pleasure. Certainly I very much enjoyed re-acquainting myself with this remarkable poet and was delighted to read Carson’s perceptive introduction, which helped me appreciate to a greater degree those distinctive qualities that made Sappho so popular in her day and ensured the survival of at least some of her considerable output. (If only there were more: women writers figure so little in ancient literature. But we should be grateful for what we have.) I hope that this Folio edition will gain Sappho a wider circle of contemporary readers. This blog is by Philip Riley 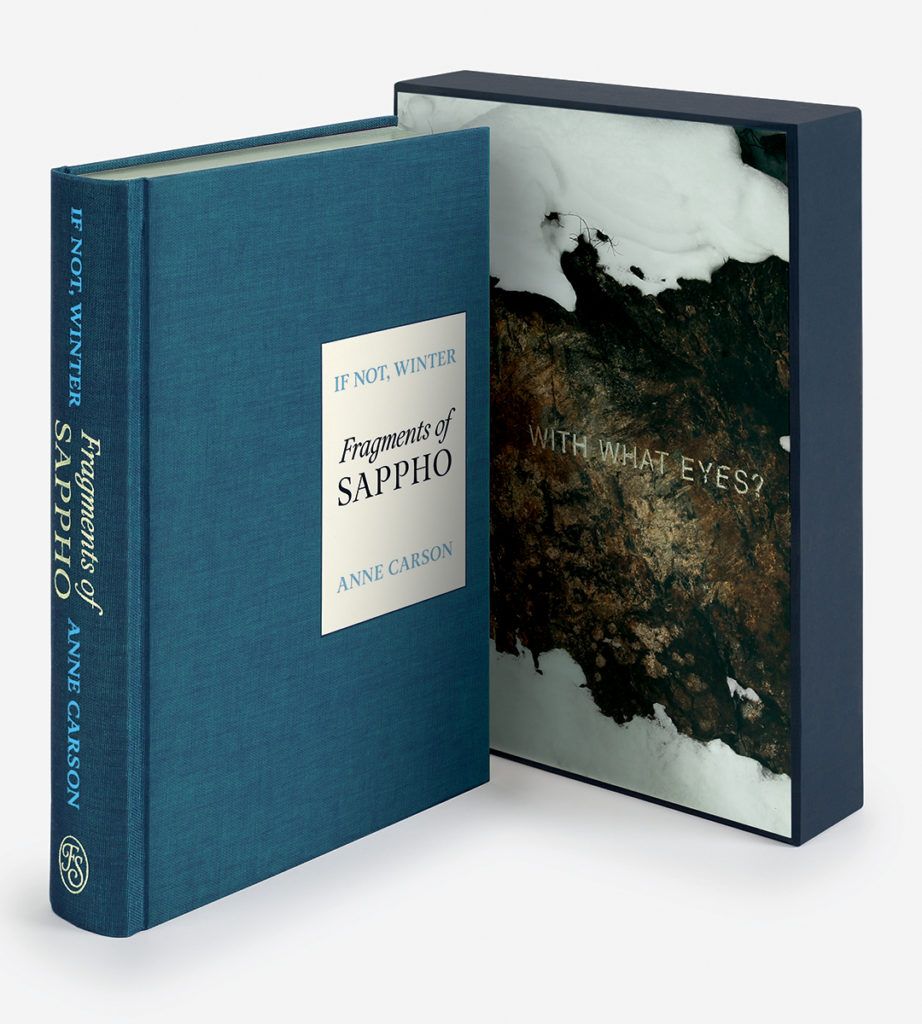 Find out more and order If Not, Winter.