Orphaned Jane emerges from a cold, hostile upbringing at Lowood Institution to take her place as governess at Thornfield, home of Mr Rochester. Her petulant but loving charge, Adele, and the housekeeper, Mrs Fairfax, are her sole company, while Rochester remains a distant, mysterious and yet imposing presence. As time goes by, however, Jane's life at Thornfield becomes increasingly unsettled, and strange and ever more frightening occurrences lead her towards a shocking revelation.

As compelling in character as she is ordinary in looks, Jane Eyre is one of literature’s greatest heroines. Hers is a captivating love story that encompasses, among other things, loss, deception, devotion and obsession. With themes of madness and forbidden knowledge, and a Byronic male lead – the glowering Rochester – Jane Eyre is also a suspenseful gothic mystery. Its sparse settings resemble those of Wuthering Heights; places which not only lend themselves to the novel's psychological drama, but in which the air crackles and whispers with forces beyond human control. However, the narrative belongs to Jane, and it is her singularity and the vivid portrayal of her inner life that make this novel exceptional. Brontë’s intimate first-person narrative formed a template for later authors, including Joyce and Proust. As a female character, Jane was far ahead of her time. In her fierce meditations on spiritual and emotional dilemmas, and her determination to remain inwardly free when the cruelties and desires of others threaten her integrity, she was a proto-feminist figure quite unlike her pliant predecessors.

‘Everybody I've ever mentioned the book to says, with a stern fervour, “I love Jane Eyre”’

‘“Who is this?” asks Rochester, as Jane approaches him. “Answer me – speak again! ... Who is it? What is it? Who speaks?” This is just one of many moments in which other characters ask the name of this novel's protagonist. “What account can you give of yourself?” St John Rivers demands as she faints on his doorstep. Jane Eyre is her answer.

‘When we say we love it – and everybody I’ve ever mentioned the book to says, with a stern fervour, “I love Jane Eyre” – do we mean the novel or Jane herself? The book was first published in 1847 as Jane Eyre: An Autobiography, “edited by” the assumed-to-be-male “Currer Bell”. Charlotte Brontë deliberately conflated the woman with the text in the preface she added (still as “Currer Bell”) to the second edition, calling it “a plain tale with few pretensions”. That's disingenuous; Jane Eyre reeks of ambition. It was a controversial best-seller (with some reviewers accusing it of being coarse or fomenting social revolt) from day one. 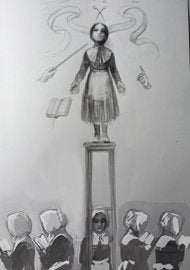 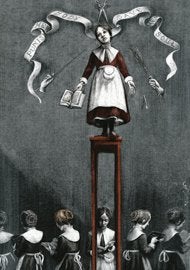 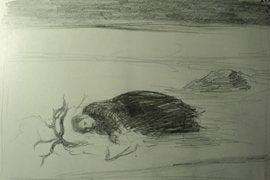 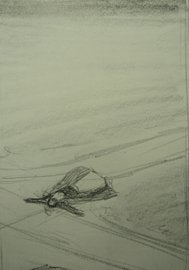 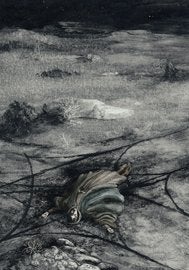 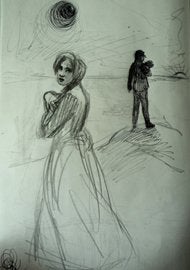 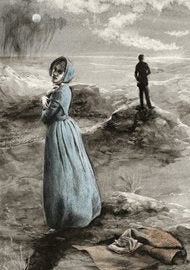 Santiago Caruso was born in Quilmes, Argentina, in 1982. He is an avant-garde symbolist artist, and his work is rooted in the 19th century's decadentism. Dedicated to the fantastique, he has illustrated books for publishers worldwide. His work stands out for the vigour of its poetry as well as for its technique. Caruso's artwork is represented in galleries in Buenos Aires, the United States, the United Kingdom, Mexico and Spain.