Renowned architectural illustrator John Pumfrey designed the beautiful wraparound cover design for our edition of Life in the English Country House. Picturing a classic English manor house nestling in its grounds, John also used the endpapers to mirror the inside of the house – his illustrations of the interior rooms are also of course as architecturally accurate as possible (note the extra ceiling beams underneath the billiard room!). Here, John explains his continued love of sketching buildings and how Life in the English Country House was the ‘cherry on the cake’. Sheri Gee, Art Director 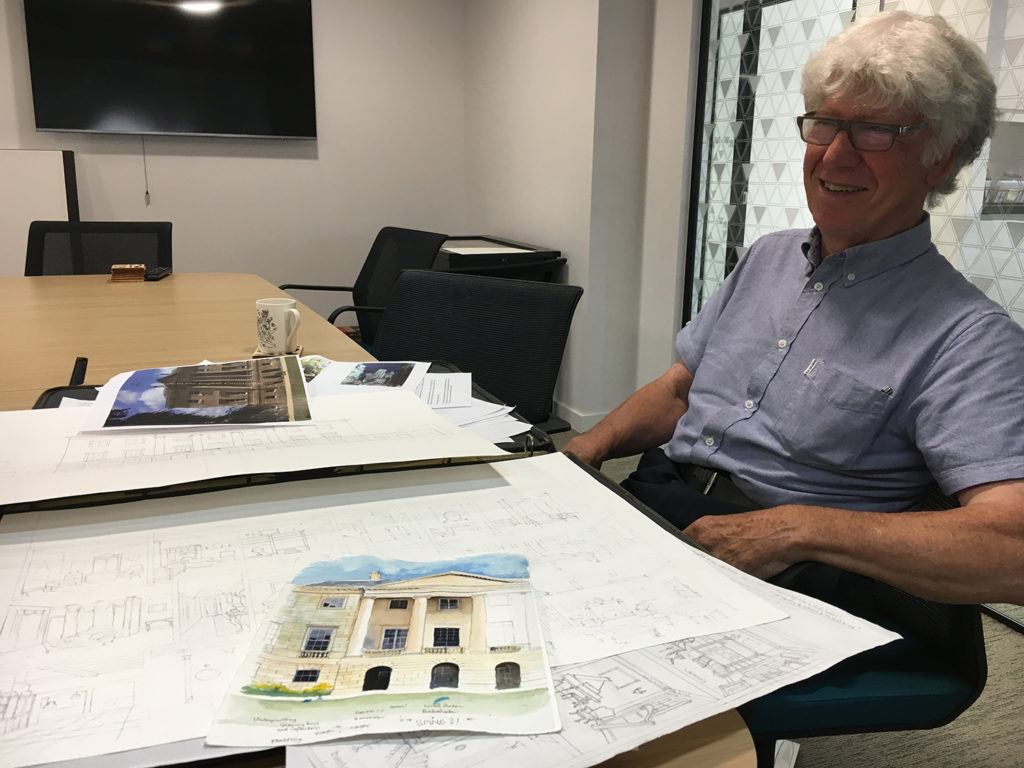 When aged 17, I told the principal of Kingston School of Art that my hobby was cycling and sketching buildings – he enrolled me even before seeing GCE certificates or any of my work. 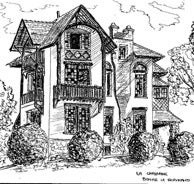 The course I took for my RIBA qualification was in 1956-61, before the advent of computers and when hand-drawn images (called ‘perspectives’) were required to accompany every project with the plans and calculations. The geometry was complex and the media was extremely varied – as an example, shown below, are interior and exterior sketches of my student theatre scheme in watercolour and gouache.
[caption id="attachment_7705" align="aligncenter" width="750"] 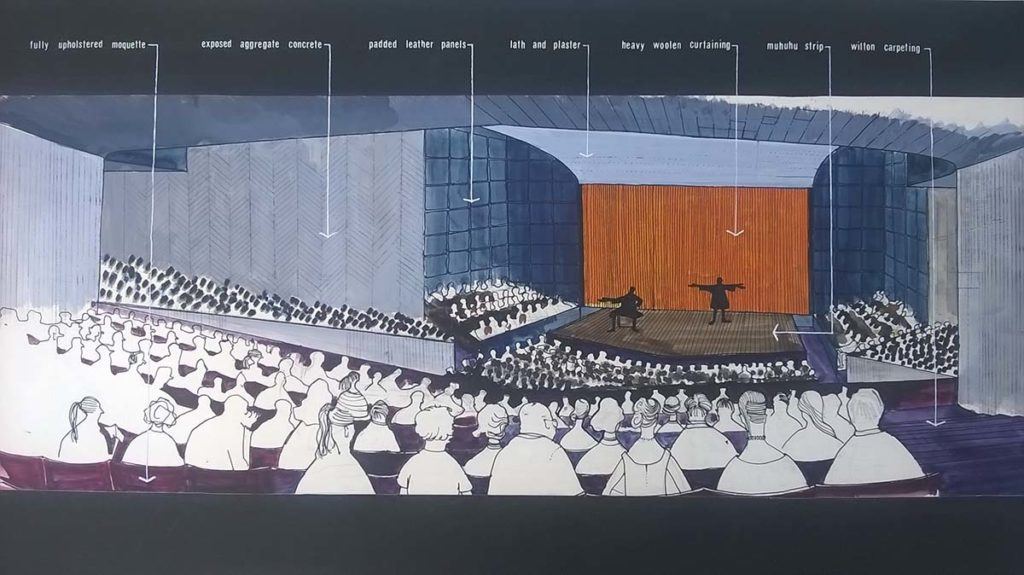 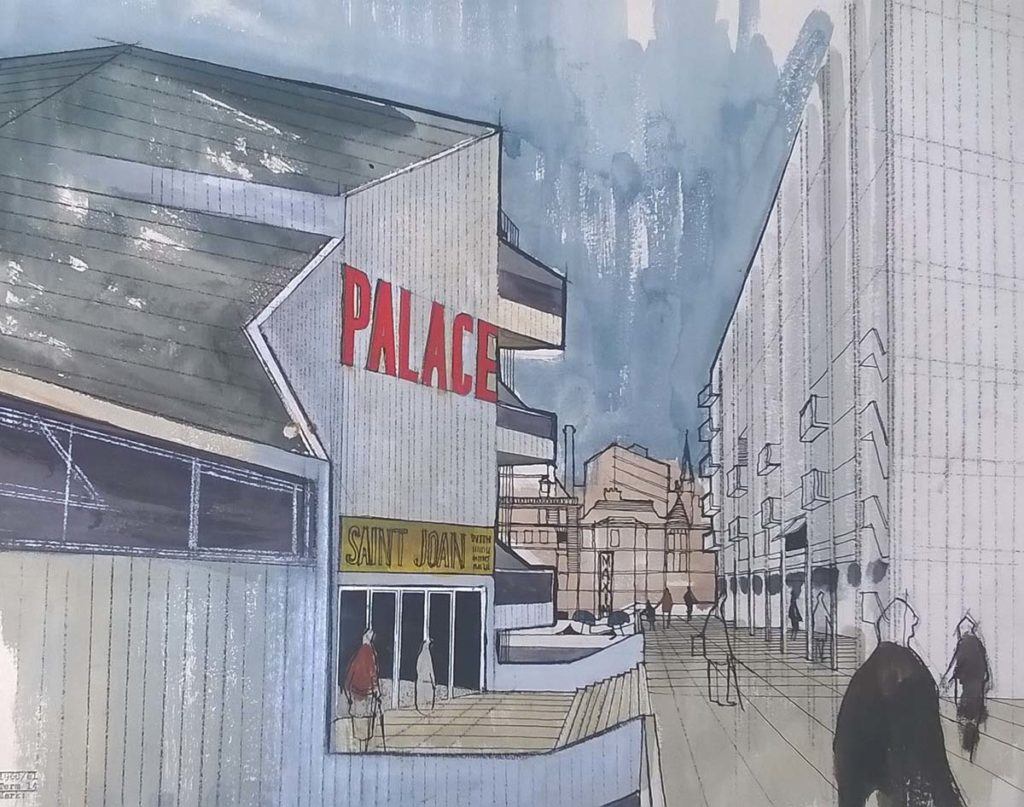 Sketch of KSA theatre[/caption] I was subsequently employed by Architects Design Partnership, and my building design commissions were small-scale and for fascinating clients – houses, shops, surgeries and studios. I also illustrated projects that were commissioned by larger practices. University buildings, overseas developments, research establishments, hospitals and hotels challenged my skills at visualising the unknown! Below are Riyadh housing, a Chelsea Flower Show garden, and an open-air exhibition in Africa. [caption id="attachment_7681" align="aligncenter" width="750"] 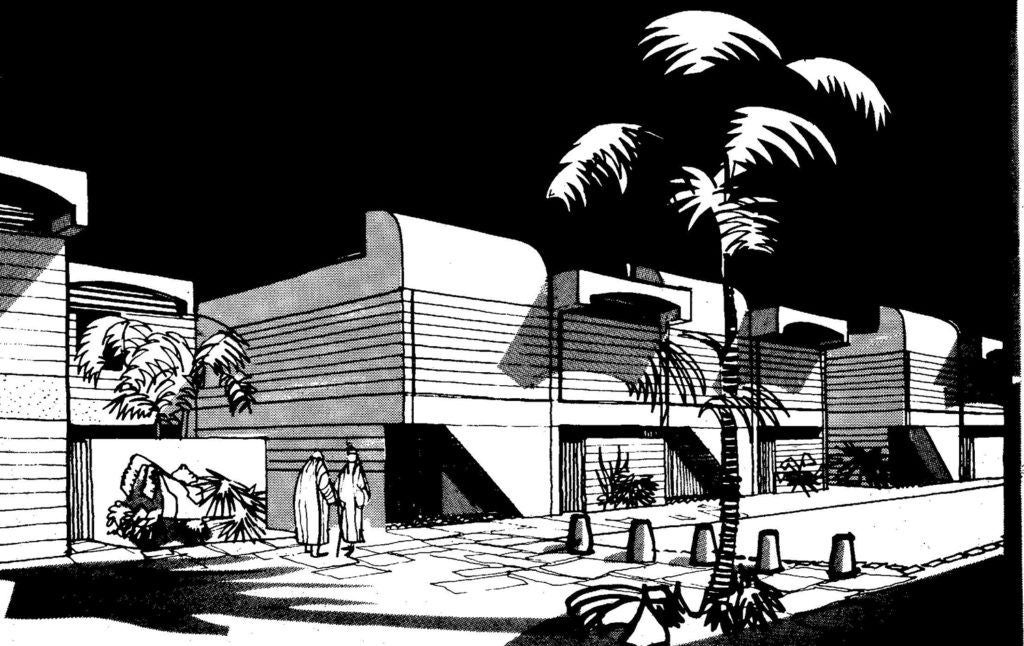 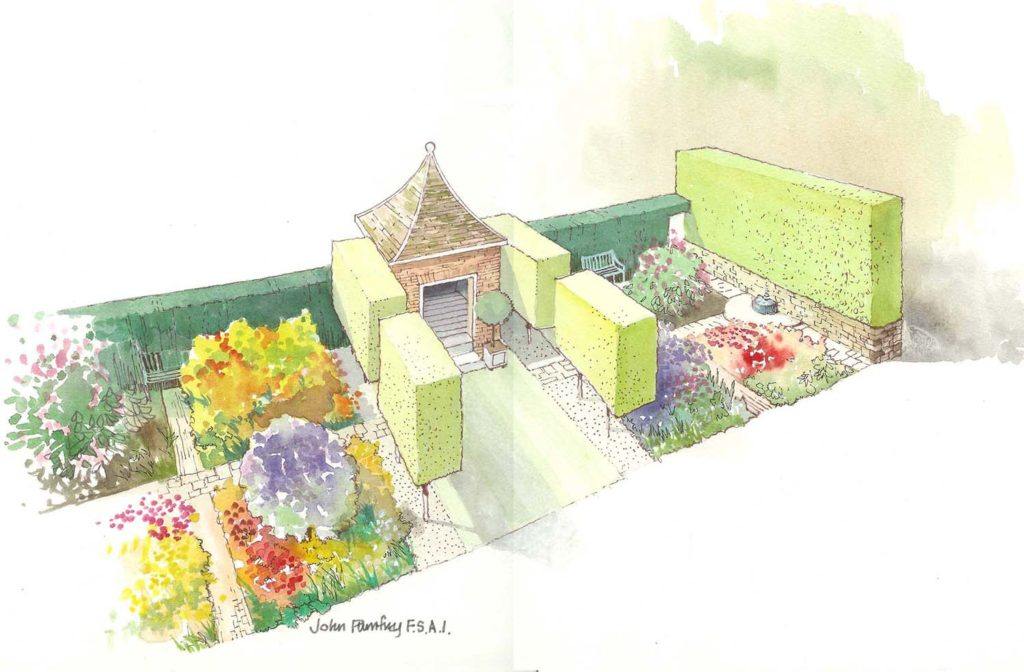 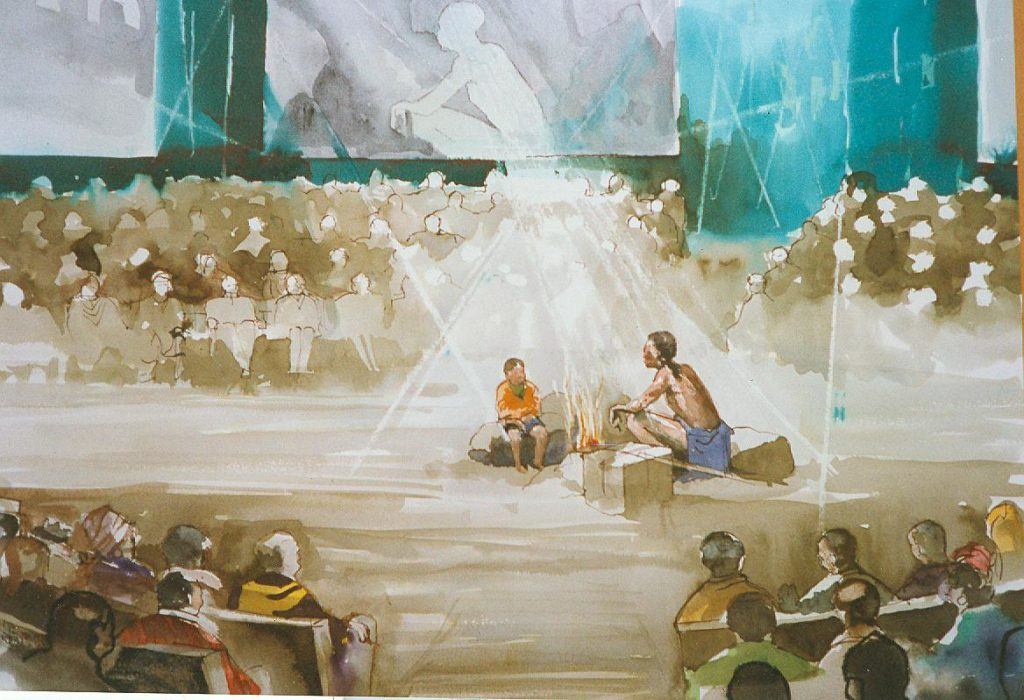 One of four entirely from imagination to portray prospective exhibition/show to African government[/caption] More conventional ‘perspectives’ that I worked on included a commercial complex in Leicester, a French hotel interior, and a town centre plaza – all projected from schematic or working drawings and rendered with media to suit the presentation method. I also occasionally worked from a model or designer’s thumbnail. [caption id="attachment_7685" align="aligncenter" width="750"] 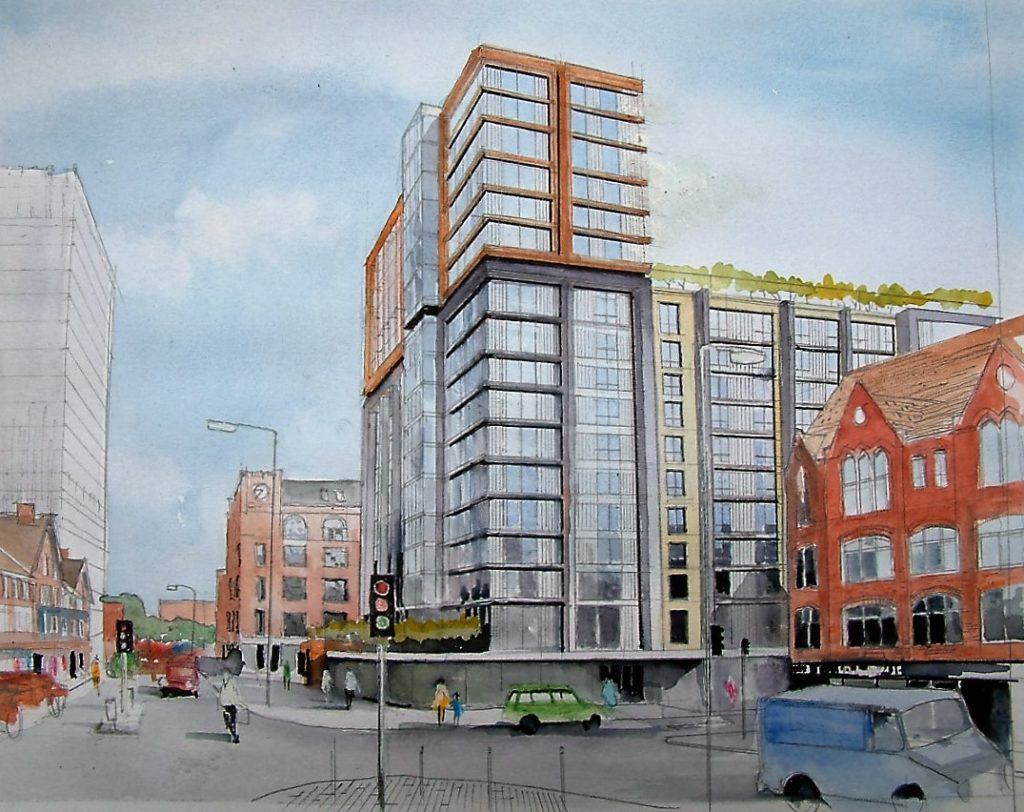 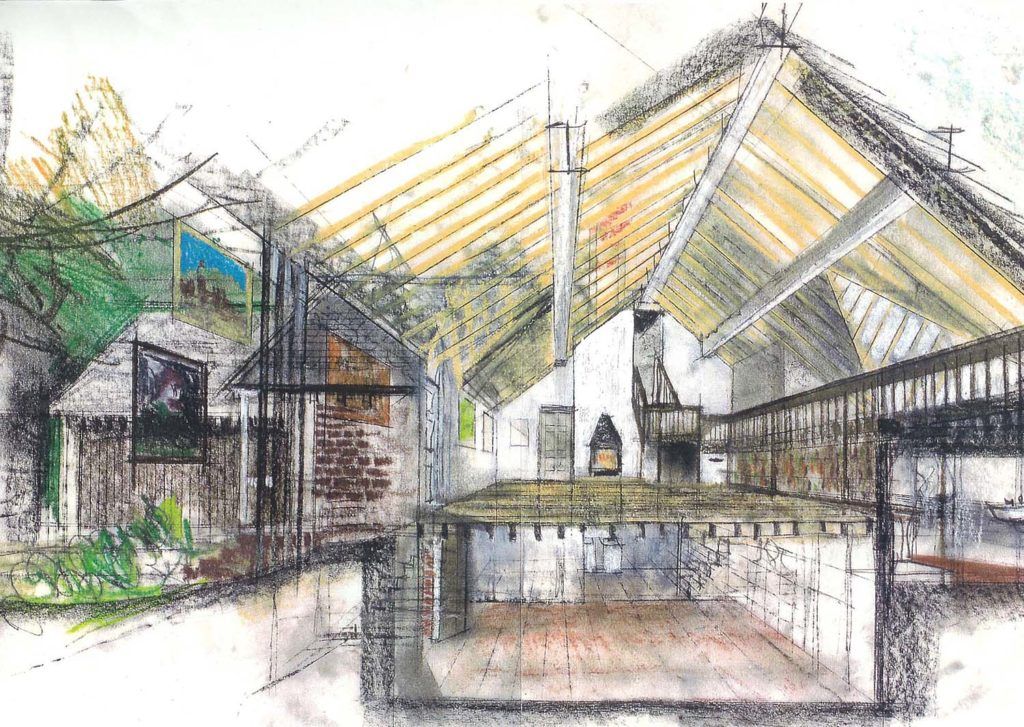 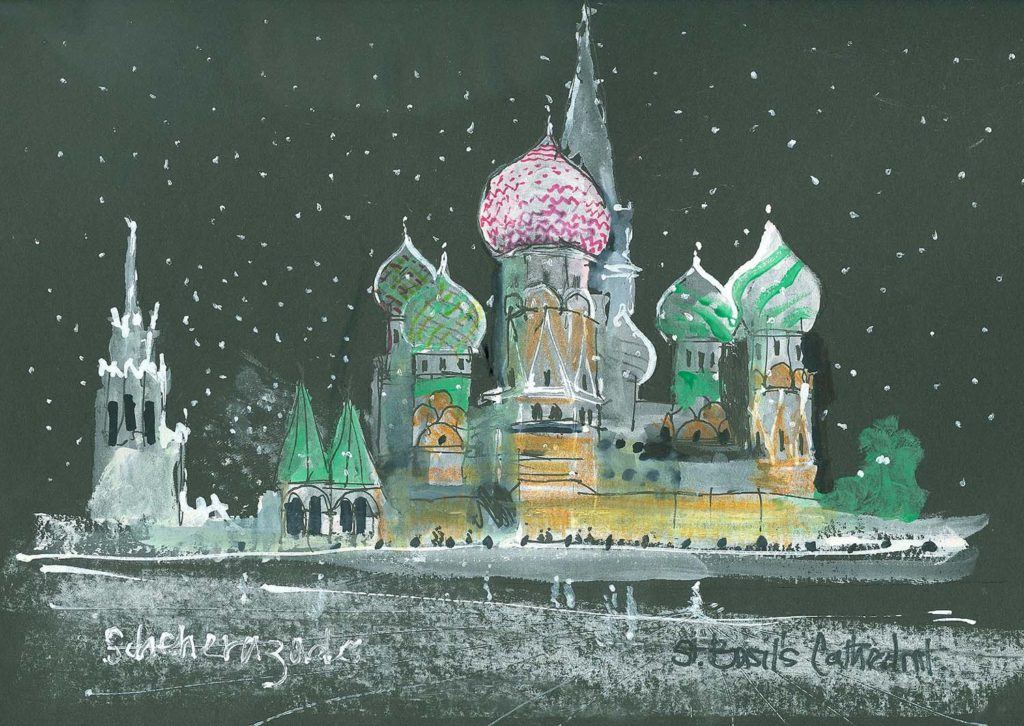 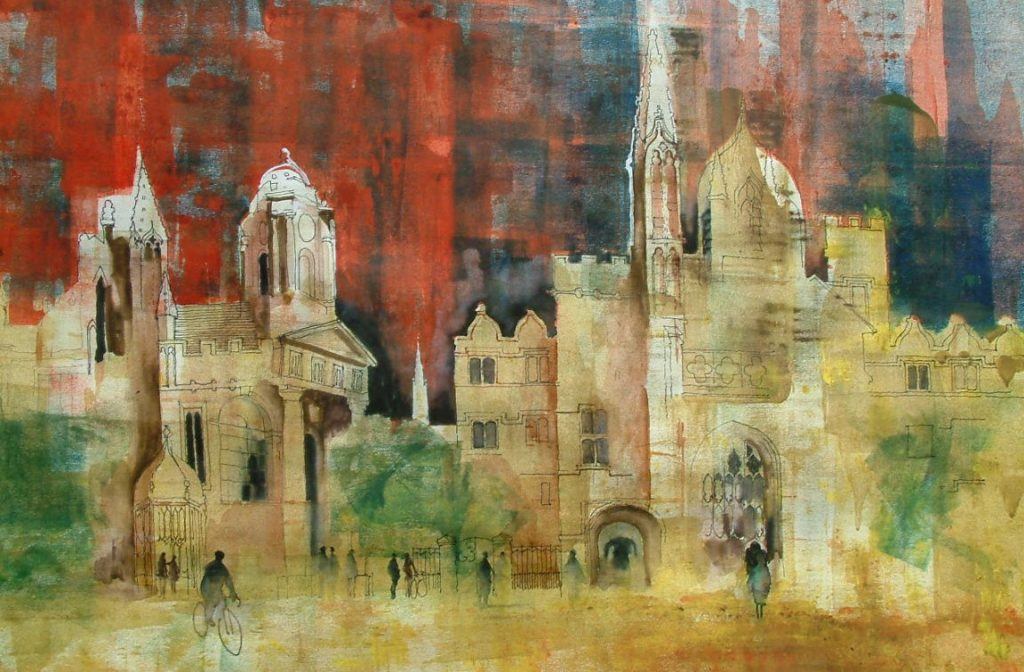 Prepared with Liquid Acrylics for an exhibition shared with a photographer depicting ‘town and gown’[/caption] I became a member of the Society of Architectural and Industrial Illustrators (now known as the SAI), and served as its President for eight years. I was invited to teach at a primary school in the USA during this time and I so enjoyed it that on my return I signed up the Society to take part in the British Big Draw, beginning in Trafalgar Square in 2000. We set up a stall, gave drawing materials to the public as they passed by and encouraged them to draw the architecture surrounding them. We have done this for many years since, both in London and Reading in the UK, and also ran Painting Places for the National Trust. Helping to foster an interest in experiencing architecture by drawing it has probably been my most satisfying professional activity. Illustrating for the Folio edition of Life in the English Country House was the cherry on my cake. [caption id="attachment_7686" align="aligncenter" width="750"] 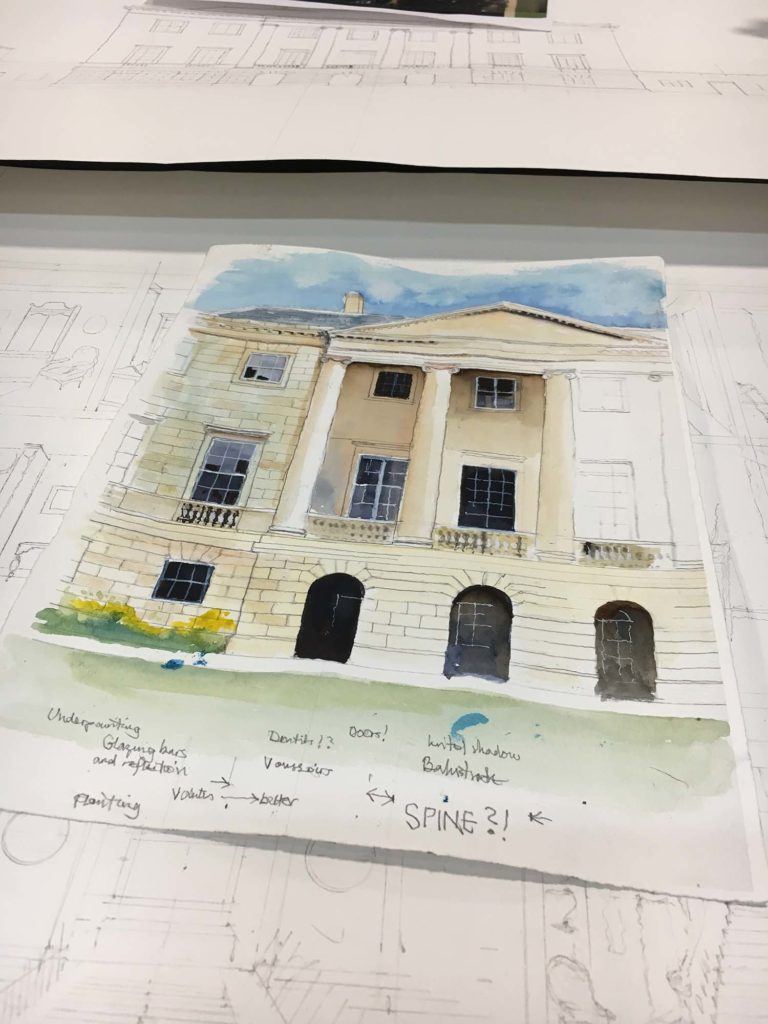 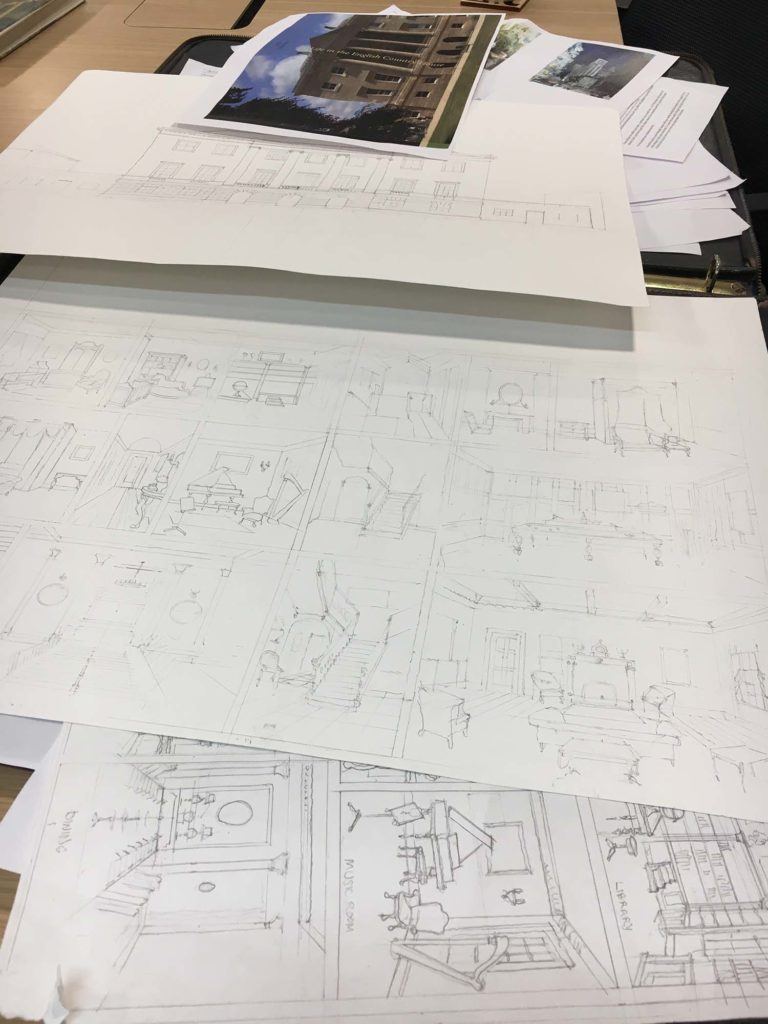 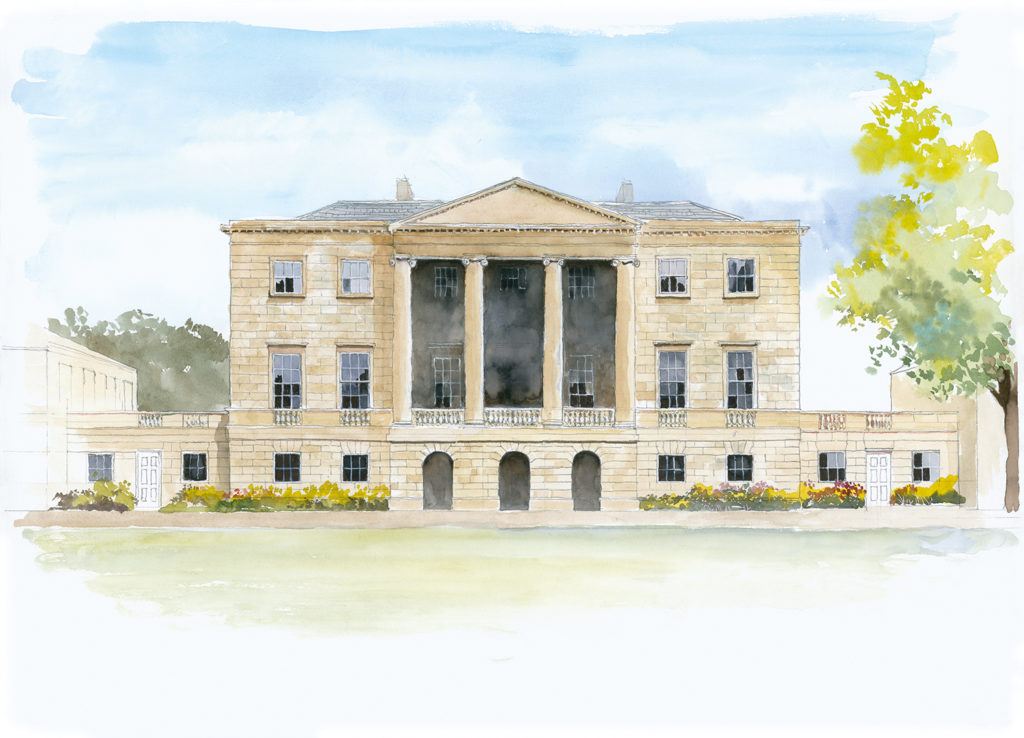 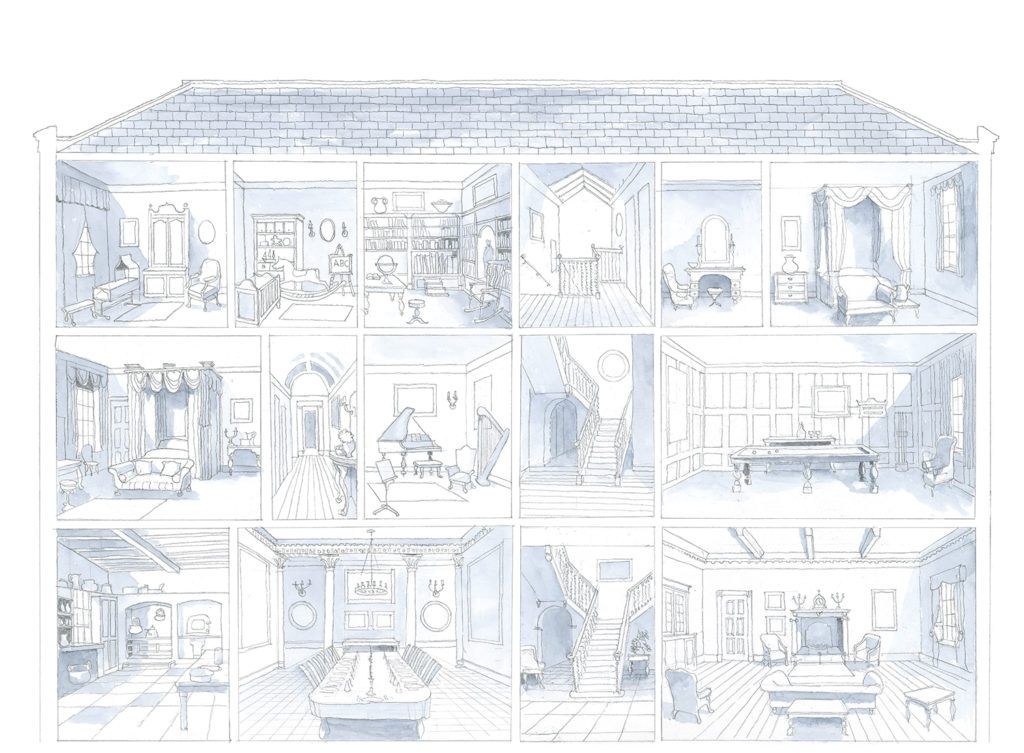 The final endpaper designs, showing the insides of a house[/caption] Reverting to my travel-and-sketch addiction I now produce views of Ireland and Italy in a variety of media and exhibit and lecture infrequently… all for fun. My final project might be an illustrated vanity-publication entitled 'Drawing to an End' – both somewhat autobiographical and instructive, as the pun might suggest.   This blog is by John Pumfrey, past President of the Society of Architectural Illustration 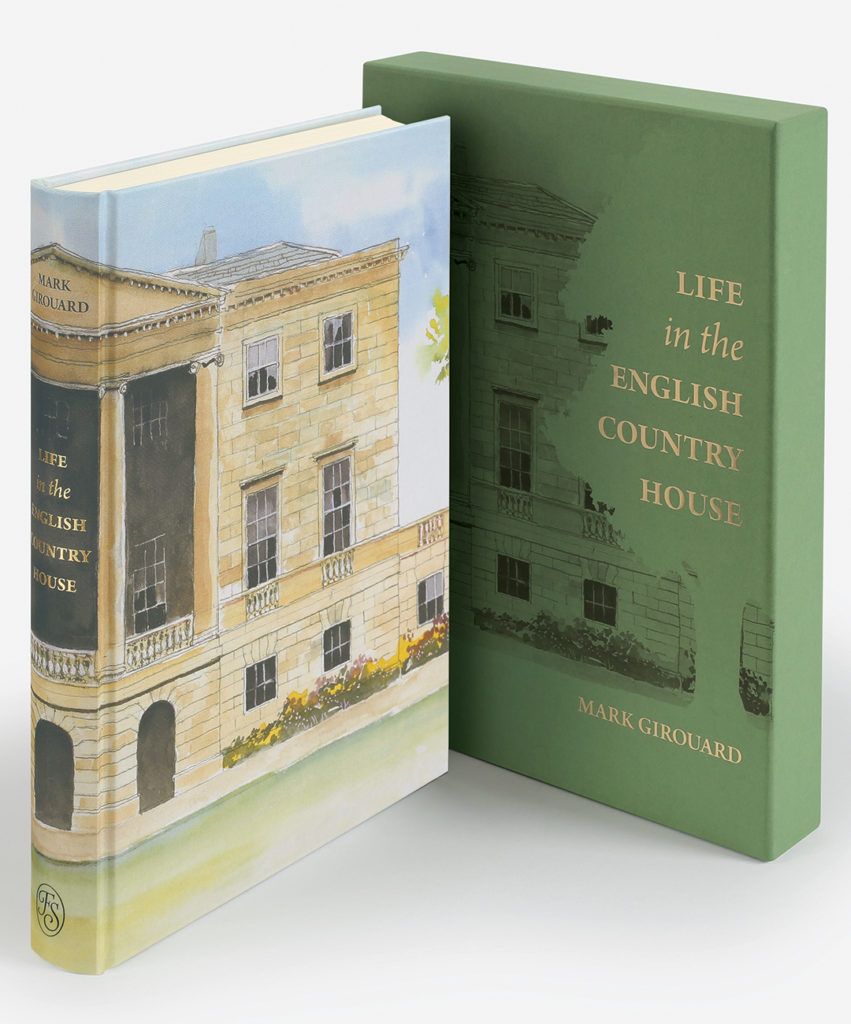 Find out more and order Life in the English Country House